Pre-Christmas was especially busy for me this year. Not only did I make most of my gifts, I had to have them all done well before December 23rd. There were a couple that had an early-November deadline as well.

The early November deadline was for a gift exchange for one of the Facebook groups I was part of. We had a limited budget, so it meant that I would need to make everything I wanted to give my recipient. The person whose name I’d been given is a fan of a book series and tv show, so it was easy to play with the title of the second book (and will be the title of the second season for the tv series).

There is a cross-stitch store within easy distance from my home, so I spent some time making this pin: 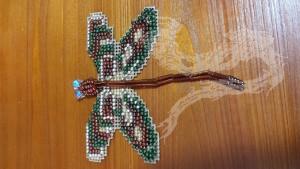 From there, it was some serious work getting this particular table top quilt made. I wasn’t sure how big I was going to make the finished piece. Given I was going over the deadline by a couple of days, I couldn’t make it as big as I wanted. 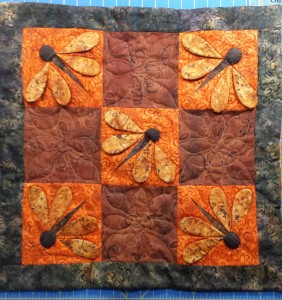 I’m hoping, one day, to use the rest of the parts and pieces to make this into a larger version.

From there, it was straight on into the close friends and family gifts. I knew I was going to be losing some of my production time because of medical issues, so it was several days of LOTS of work. I don’t think I did too bad. I just remember when all was said and done, I was looking forward to having a “break” that the pending surgeries were going to give me. 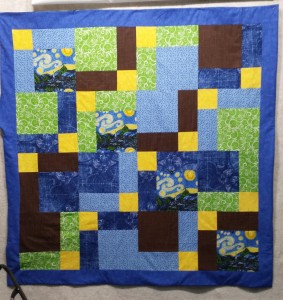 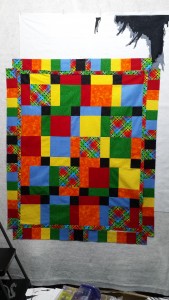 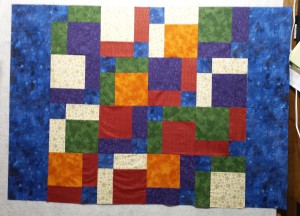 The last two were part of the in-process photos I took. I don’t believe I took finished product pictures of them. Almost as soon as they were done, I was wrapping them up. The following were a few more gifts I’d made. There was a throw blanket and a beaded owl ornament, but I didn’t get any photos of those. 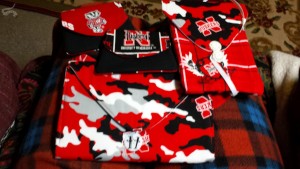 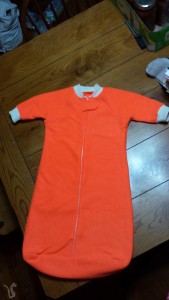 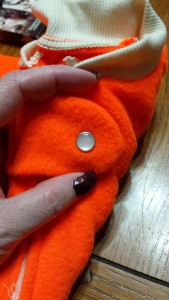 After the surgeries, I wasn’t really able to use my left arm very well. I could do basic things, but intense work like knitting was definitely out. I could crochet. Being doped up on pain medications meant I didn’t feel it when my hands started getting tired. I just sort of went a little nuts making small things. 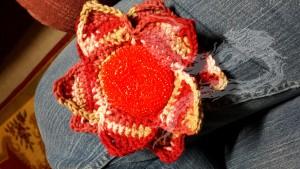 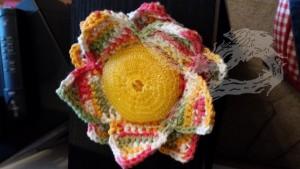 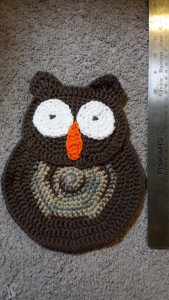 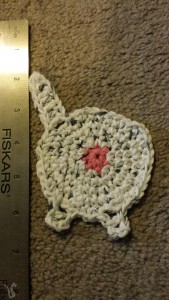 The scrubbies and owl dishcloth were found in this book. As were the pig scrubbies I’d made the month before. 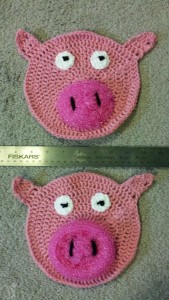 The kitty butt coasters were a free pattern that can be found here and here. Even medicated, I could make the coasters in about 15-20 minutes. They’re quick, fun, and are a good way to use up leftover cotton yarns.

Once I “got my left arm back” (meaning: the stitches were removed), I’ve been working on getting my knitting back up to speed. I have a couple three orders to finish, as well as personal projects to complete. In the meantime, I’ve been alternating between crocheting and knitting. I do know that I need to get back into my sewing room soon. There’s a specific art quilt with a deadline that’s pending.

Here’s hoping to a productive and creative new year!!

This site uses Akismet to reduce spam. Learn how your comment data is processed.